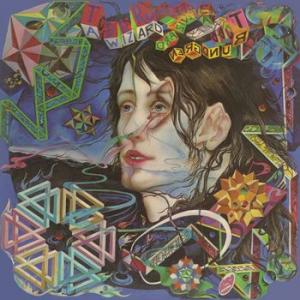 Todd Rundgren's masterpiece A Wizard, A True Star has everything to offer from the American multi-instrumentalist and singer-songwriter. The studio genius recorded an album which was a significant departure from his previous album Something/Anything? With the money from the hit singles of this previous record, he had built his own studio in New York, Secret Sound, and began recording A Wizard, A True Star. It's pure greatness packed in 19 tracks, which just sporadically clocks above 2 minutes each. Psychedelic drugs had a big influence on the recording process. The beauty and hysteria of the music fit the bill perfectly. Humour and superior recording techniques going together in optima forma. Yes, this is one of those rare recordings which goes into history, and it still stands the test of time.

A Wizard, A True Star is available as a limited edition of 1000 individually numbered copies on coloured (gold & white & transparent green mixed) vinyl.