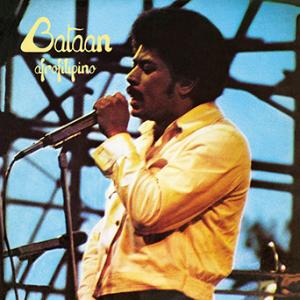 Joe Bataan’s career offers a true All-American success story. Born on November 15, 1942 to African-American and Filipino parents in Spanish Harlem, Bataan briefly led a street gang and spent time in a correctional facility on a stolen car charge before emerging in the mid ‘60s to author his own unique blend of boogaloo, doo wop, and soul. Bataan’s sound caught the ears of Fania Records, who signed him for a string of eight successful albums before Bataan left to co-found the Salsoul label—he also came up with the name, a combination of salsa and soul—where he recorded three albums, of which this 1975 record was the first. You’ll hear a little disco and funk mixed in with the salsa and soul on this release, whose “East Coast Side” and “West Coast Side” were recorded on opposite sides of the country. But no matter where Bataan laid down the tracks, he made sure to get the best musicians—playing on Afrofilipino is a veritable Who’s Who of session cats including Richard Tee, John Faddis, Cornell Dupree, Randy Brecker, and David Sanborn. For the first-ever vinyl reissue of this classic Latin R&B album, we've given it a brand-new remastering (by Mike Milchner at SonicVision), and pressed up 1000 copies in opaque yellow vinyl…hip-shakin’ stuff!