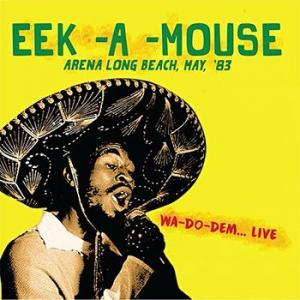 Eek-A-Mouse live at Arena, Long Beach California on 15th May 1983

In 1983, he brought his unique blend of Dancehall scat to the Long Beach Arena, California to give west coast America a toke on Jamaican gumbo with an explosive set featuring cuts from his debut Bubble Up Yu Hip, Wa-Do-Dem, Skidip! Assassinator and his then current album Man and The Mouse.

Klondike proudly presents the entire original KSAN FM broadcast of Eek-A-Mouse in performance at the Arena, Long Beach, California from 15th May 1983.