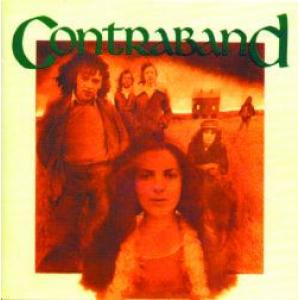 CONTRABAND, the eponymous album from six of Scotland's finest musicians. Heavily influenced by Fairport Convention, this classic folk-rock album is one of Scotland's best kept secrets and stands up well to comparisions with Steeleye Span, Pentangle and Fairport themselves.
" " " Originally released on Transatlantic in 1974, the album features traditional folk songs, contemporary ballads and self-penned tracks in an up-tempo folk-rock style.
" " " Featuring the superb vocal talents of Mae McKenna who went on to have an extensive solo career as well as providing backing vocals to everyone from Pete Townshend to Kylie.
" " "