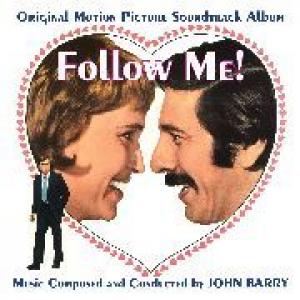 Label: HARKIT
Limited edition 1000 copies clear vinyl. Based on playwright Peter Schaffer's stage play The Public Eye (under which title incidentally, the movie was known in America), this charming light comedy, set among some of the more unusual locations in and around London, starred Mia Farrow and Chaim Topol (best known for his role as Tevye in Fiddler on the Roof) is the story of a mistrustful husband (Michael Jayston) who has his innocent wife tailed by an inept P.I. The haunting and affecting score by John Barry is one of the composers most charming. The original LP only ever seems to have come out in Japan in limited numbers, so here's a chance to get your hands on one now!