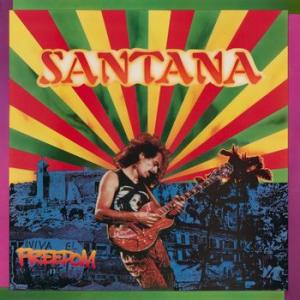 With Santana's fifteenth studio album Freedom he moved away from the poppy sound of his previous recordings and returned to the band's original Latin rock. At that moment the band consisted of nine members, many of them already working together on other records. “Songs of Freedom” is the centerpiece of the album, and one of the most petulant songs in rock history. The funky grooves set everything on fire, while Buddy Miles sings his texts. The great production and engineering make this a really fine and versatile record.

Santana gained public attention by appearing at the Woodstock festival in 1969. The Latin influence has always been an important part in their music, although the band also created some blues rock and pop classics. Even after all those years Santana is still actively performing.

The Freedom package includes an insert.