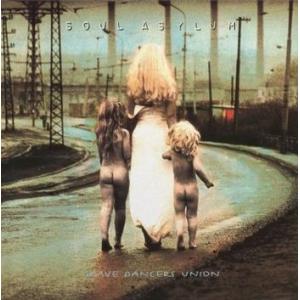 Grave Dancers Union is the sixth studio album by the American Alternative Rock band Soul Asylum, released in 1992. The album spent 76 weeks on the Billboard music charts and was certified triple-Platinum in 1993, establishing Soul Asylum as one of the most successful Rock groups of the first half of the 1990s.

The album yielded the mega-hit “Runaway Train”, which by winning a Grammy, put the band in a whole new league. Tracks like “Home Sick” and “New World” bear the roots of the Country-Rock revival. “Somebody to Shove” is pure joy Soul Asylum style.

This year Soul Asylum are celebrating the 30th anniversary of Grave Dancers Union. There will be an extended worldwide tour.