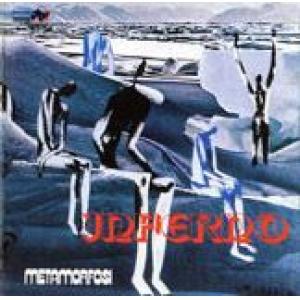 Metamorfosi is a classical 70's Italian progressive rock band with elaborated melodies where the keyboards are particularly brilliant. They only put out two albums: 'E Fu Il Sesto Giorno' (1972) and 'Inferno' before splitting up. Inferno is the better of the two... with loads of hammond organ, piano, harpsichord, minimoog & mellotron, tight percussion and bass, and light vocals in Italian. They had a different lineup for 'Inferno' which allowed keyboard player Enrico Olivieri to shine through. It is a concept album based on Dante's 'Divine Comedy' and was also a political statement with rock versions of both the American and Soviet national anthems. The first album was more of a highlight for their lead singer, Jimmy Spitaleri, who went on to record with a band called Thor. They broke up because Inferno did not have very good sales at the time and they refused to compromise their style towards the commercial side. Metamorphosi's 'Inferno' is now considered one of the great classic Italian prog masterpieces.
Tracklisting: 1. Introduzione — 7:50 2. Porta dell'Inferno — 1:20 3. Caronte — 1:18 4. Spacciatore di Droga — 6:21 5. Lussuriosi — 3:14 6. Avari — 1:32 7. Violenti — 3:44 8. Malebolge — 1:31 9. Sfruttatori — 5:41 10. Razzisti — 3:25 11. Lucifero (Politicanti) — 2:32