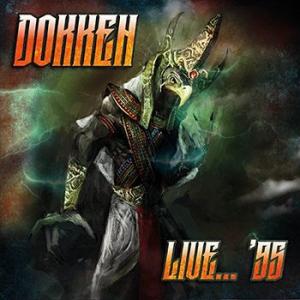 Dokken, live at Summerfest, Milwaukee, WI on July 3rd 1995, including bonus tracks from their performance at the Hollywood Palladium, LA on February 15th 1985

Legends of the 80s metal scene, the volatile Dokken split in 1989, but reunited for 1995's Dysfunctional. Despite tensions between Don Dokken and George Lynch, the album and ensuing tour were a success.

This lengthy set performed at Summerfest in Milwaukee on July 3rd 1995, was originally broadcast on WLZR-FM, and captures the quartet on fiery form as they tackle a selection of recent material and older classics.

It's presented here together with background notes, images and bonus tracks from their 1985 performance at the Hollywood Palladium.