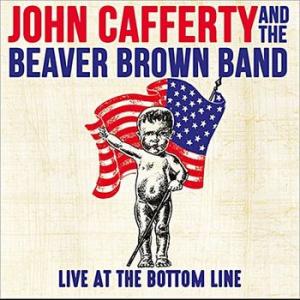 By 1984, east coast, blue-collar rockers John Cafferty and The Beaver Brown Band had scored their first hit with On The Dark Side and achieved major breakthrough success with the soundtrack to Eddie and The Cruisers, a cult film starring Ellen Barkin as the intrepid reporter investigating the mysterious death of rock legend Eddie Wilson.

Billed as 'An evening with John Cafferty and The Beaver Brown Band, their appearance at New York's famous Bottom Line Cabaret Club in September 1984, broadcast on WNEW-FM, reveals the hard work that the band had nurtured to a successful degree.

Big hitters, Wild Summer Nights and On The Dark Side are both compellingly echoed here with several shots from the upcoming Tough All Over helping out the Cruisers cuts. It's perfect Bottom Line material!