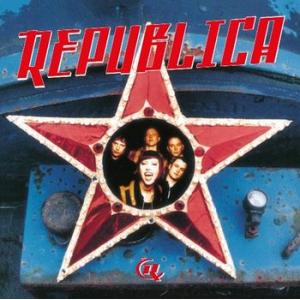 Republica is the debut studio album by English band Republica. It was released in 1996. Three singles were released from the album: "Bloke", "Ready to Go" and "Drop Dead Gorgeous", with the last two being huge hits.

Upon its release, Republica received generally positive reviews from music critics and the album was a commercial success. It peaked at number four on the UK Albums Chart. In the US, it reached number 153 on the Billboard 200 and was also successful in other countries, such as Germany, The Netherlands and New Zealand.

BuzzFeed listed "Ready To Go" at number 37 in their list of The 101 Greatest Dance Songs Of the '90s in 2017. The song is featured in dozens of commercials, movies, and series, such as Baywatch, Captain Marvel, Malcolm in the Middle, Queer As Folk and many more. Fun fact; "Ready to Go" is the theme song for the world record breaking Top Thrill Dragster roller coaster at Cedar Point in Ohio.