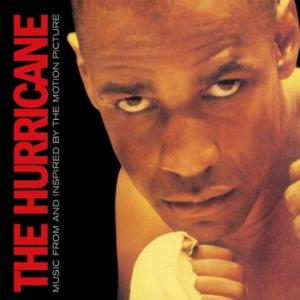 The Hurricane tells the tragic story of boxer Rubin "The Hurricane" Carter, who was wrongly accused for a triple murder. The soundtrack to this classic movie is available on vinyl for the first time (with an etched d-side) and features the original version of Bob Dylans “The Hurricane”, a hip-hop version by Common, Mos Def, The Roots a.o. and other songs by Ray Charles, Etta James, Gil Scott-Heron and Me'Shell Ndegéocello.

The Hurricane is a 1999 biographical film starring Denzel Washington as the former middleweight champion Rubin "The Hurricane" Carter. He was convicted for a triple homicide in a bar in Paterson, New Jersey. The film also depicts his life in prison and how he was freed by the love and compassion of a teenager from Brooklyn named Lesra Martin and his Canadian foster family.