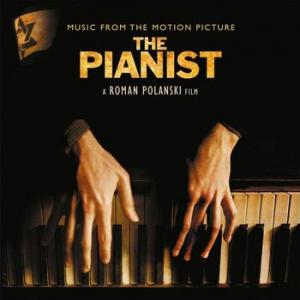 The Pianist is a 2002 biographical drama film, directed by Roman Polanski. It is based on the autobiographical book The Pianist, a World War II memoir by the Polish-Jewish pianist and composer Władysław Szpilman. The film was a co-production between France, the United Kingdom, Germany, and Poland.

The Pianist was met with significant critical praise and received multiple awards and nominations. It was awarded the Palme d'Or at the 2002 Cannes Film Festival. At the 75th Academy Awards, The Pianist won Oscars for Best Director (Polanski), Best Adapted Screenplay (Ronald Harwood), and Best Actor (Adam Brody), and was also nominated for four other awards, including the Academy Award for Best Picture. It also won the BAFTA Award for Best Film and BAFTA Award for Best Direction in 2003 and seven French Césars including Best Picture, Best Director, and Best Actor for Brody.

The Chopin pieces are played by Polish pianist Janusz Olejniczak and the original score piece is composed by Wojciech Kilar.

The Pianist is now available on coloured vinyl. It's is a limited edition of 1000 numbered copies on white vinyl. The 2LP package contains a 4-page booklet and is housed in a deluxe heavyweight gatefold jacket with linen laminate finish.