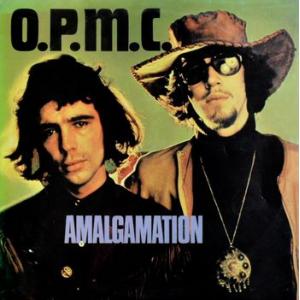 O.P.M.C. (Oldest Professional Music Company, as they were living in the famous Amsterdam Red Light District in those days) centered around Barrie Webb and Teun van der Slikke with different line ups during their existence. Other musicians in their recordings feature Frank van Tijn (drums), Peter van der Sande (bass, cello, elctric guitar, keyboards - plus he also did arrangements and production) and Onny Lopulalan (lead guitar), some of them having served in other interesting Dutch bands such as Apartment 1 or Serpentine. Even ex-Outsiders' legends Leendert Busch and Appie Rammers were at once among the O.P.M.C. line up!

"Amalgamation"was their first LP, released in 1970 and featuring a mix of psychedelic folk, drugged-out spacy guitar and haunting melodies that some sources have considered to be vaguely reminiscent of Love's Forever Changes.

Originally released in Pink Elephant in 1970, the Wah Wah reissue will come housed in a quality glossy laminated sleeve reproducing the original artwork, remastered sound, bonus tracks and an insert with photos and liner notes. Limited edition of only 500 copies.