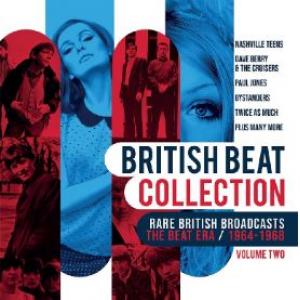 The inoffensive Transcription Disc has been in and out of collectors’ hands since they were originally produced in the 1960s. Conceived and manufactured strictly for export only to commonwealth radio stations for international broadcast, today, they offer an ultimately fascinating document of British Rock and its family tree. Together with insightful period interviews and a stunning collection of previously unavailable, exclusive recordings, Timebox has unearthed a treasure trove of British rock artefacts that reveal a hitherto untold history of bygone rock and pop. Timebox very proudly presents the second instalment of the British Beat Collection 1964-1968.