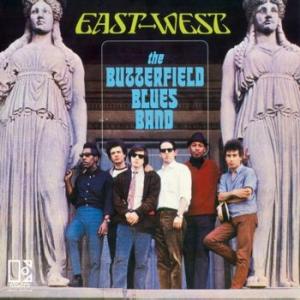 Paul Butterfield was an iconic blues harmonica player and singer, famous for his in 1963 formed Paul Butterfield Blues Band. Their 1966 releases classic East West is one of the outstanding albums in which they integrated psychedelic rock in traditional blues music. The supergroup consisted at that time of guitar hero Mike Bloomfield, keyboardist Mark Naftalin, bassist Jerome Arnold, drummer Billy Davenport and, of course, the master himself, Paul Butterfield. The authentic blues sounds are weaven in the sounds of jazz and raga music. It's an exciting trip in which you can hear the talented individuals, but also how they created their music together. The album proved to be one of the essential albums in the blues-rock movement of the 60s.

Paul Butterfield died in 1987 at the age of 44. During that time he was still recording new songs. In 2006 he was inducted into the Blues Hall of Fame and in 2015 again as part of his own Paul Butterfield Blues Band.