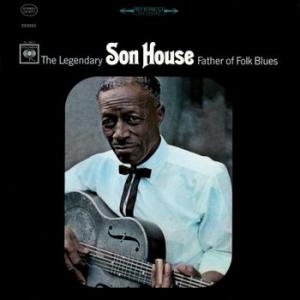 Son House was one of the most influential delta blues singers and was famous for his emotional style of singing and slide guitar playing. Father of Folk Blues presented him to the public during the 60s folk revival. The roughness of his voice and intensity of the metal sounds from his guitar are prominent on the album. Nine tracks which can be considered as gems and all telling the story of a hard working man and the intrigues of life. The blues comes alive in subjects as women, religion, war and crime. The album features guitarist and harmonica player Al Wilson, a founding member of Canned Heat. This release is an original 1965 re-issue.

During his early 20s Son House turned to the blues after working as a preacher and pastor. He developed his own unique playing style, full of emotional layers and rhythmic melodies. During the American folk music revival he began performing for young audiences and became known as the Father of Folk Blues.