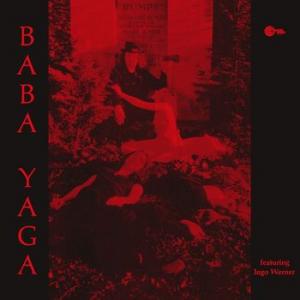 After his adventure with My Solid Ground, Ingo Werner formed Baba Yaga.

Named after the Slavic folklore character his new adventure seemed to be more a solo project (he plays electric piano, piano, mellotron, synthesizer, organ, clavinet, bassoon and gong, besides being the composer of the music), but it is made with the cooperation of other musicians - most notably Bernd Weidmann who, in addition to singing and playing bass also contibuted with some lyrics. Other musicians in the recording are Joska Fiedermutz on drums, plus Winfried Schreiber and Jürgen Dyrauf on guitars. Songs on this debut album, which was originally issued in 1974 as a very limited edition on the very small Cycle label have been compared to some UK prog-rock works like those of Cressida, Aardvark, Egg, Arzachel, Fantasy or Greenslade. As the LP plays on, echoes of the Canterbury scene can be heard through some jazzy influences, and some heavy-psych and cosmic avant-garde athmospheres created by Werner's intelligent use of synthesizers, are thrown in.