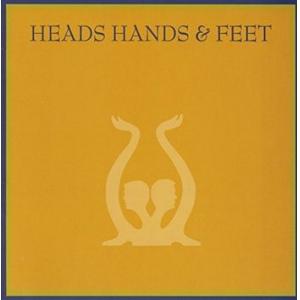 It took British band Heads, Hands & Feet just one gig to land what was at the time the biggest record advance ever offered by the US record industry to a UK band - a massive half-million dollars up front! But this was not just one potentially hip new band, but a collection of seasoned pros who knew their way around a studio.

Consisting of guitar virtuoso and multi-instrumentalist Albert Lee , bassman Chas Hodges, drummer Pete Gavin, guitarist Ray Smith, vocalist Tony Colton and keyboard player Mike O'Neill, their debut album, released as a single LP in the UK but a double in the US, is presented here in its entirety and what a good album it is too.

Although the band lasted for two more albums, the group proved to be more a staging post for its members who all went on to to various degrees of success except for Pete Gavin who took a job in the construction industry in Salem, Ohio! But as Tony Colton opined "Looking back, we were on hell of a band and on a good night we could blow anybody off stage"