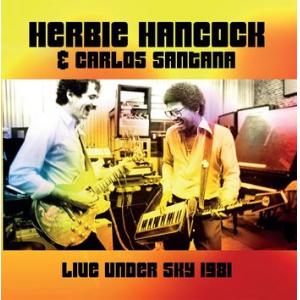 Live Under the Sky was an annual multi-day summer jazz festival held in Tokyo’s 10,000-capacity Denen Hall, featuring the cream of local and international talent. The climax of 1981’s festival, broadcast by NHK radio was a jointly headlined set by Herbie Hancock and Carlos Santana, together with a band including Wynton Marsalis, Ron Carter and Tony Williams. A joyous blend of jazz and Latin-tinged funk, it’s presented in full here, together with background notes and images.