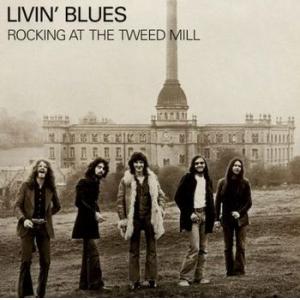 Livin' Blues was a Dutch blues rock group formed in The Hague in 1967 by guitarist and front man Ted Oberg. During the early 70s they were considered, together with Cuby & The Blizzards, as the absolute top of the Dutch blues scene. Although best known in the Netherlands, Livin' Blues also gained a following elsewhere in Europe, especially in Poland. This popularity was highly visible in bookings for live shows at festivals.

The Rocking At The Tweed Mill album was recorded in the United Kingdom and produced by Mike Vernon, who was working with British blues artists and groups like the Bluesbreakers, David Bowie and Peter Green amongst others. The album includes the tracks "Shady Girl, Shady Girl" and "Sweet Suzanne".

The band appears to have drifted from the limelight after the early 80s but interest in its recorded work remained high into the new millennium.