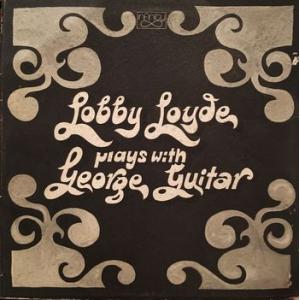 Australia's first guitar hero, Lobby Loyde helped shape the sound of classic local bands such as Billy Thorpe and the Aztecs and Rose Tattoo, as well as have a successful solo career.

Known for his plectrum guitar technique, Loyde inspired a legion of Australian musicians, and was also cited as an influence by international musicians such as Kurt Cobain and Henry Rollins.[1][2] He was inducted into the ARIA Hall of Fame in 2006 where his Rose Tattoo band mate, Angry Anderson acknowledged his prowess, "More than anyone else, Lobby helped create the Australian guitar sound, long before Angus [Young] or Billy Thorpe or The Angels or Rose Tattoo. Lobby inspired Australian bands to step forward and play as loud and aggressively as they could. People are still trying to copy it today". Loyde died of lung cancer in April 2007 and was survived by his children, Shane, Frances, Rebecca, Vyvyan and Lucinda, and his second wife Debbie Nankervis.