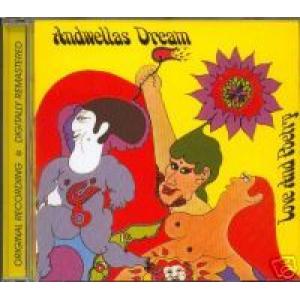 Digitally remastered CD reissue. Originally released in 1969.
2 bonus tracks.
Andwellas Dream released one album, Love and Poetry, on CBS in the UK in the late 1960s that is highly regarded by some psychedelic collectors. It is an eclectic but unmemorable affair that touches upon a number of approaches--heavy progressive rock-tinged psychedelia with keyboards, fruity pop-psych with strings and fairytale-type lyrics, folk- and blues-informed material bridging psych and prog--common to British rock of the period. The group changed their name to Andwella and subsequently released a couple of albums under that name.