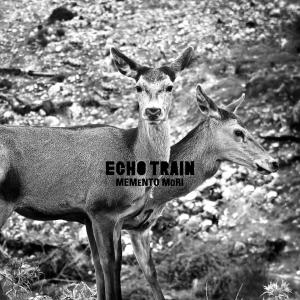 Echo Train is a psychedelic rock band conceived in Athens 2013, by the guitarist and producer Greggy K, singer Ren, and their fellow art photographer G. Lathyris, during a performance in a theatre play. They say Echo is their muse, and train is the vehicle they chose to transport their soul in the spiral forms of time. After recording their first demos and musical ideas at “White Studio” in Kypseli, joined by many friends and musicians, they completed their line up by Nick Sid( keys) and Eddie Theofanidis( bass) and Gregorio Perico. On December 2016 psychedelic collective Echo Train has revealed 300 copies debut album “Memento Mori”, a colorful journey into pagan landscapes and sounds, with outbursts of 60s pop psychedelia, reverberated blues, folk and lots of hallucinating climaxes. The album received very positive reviews by music press and psych forums. On October 2017 the band featured in the psychedelic fanzine “TimeMazine” #10 with an interview and a song (“The Saints”) on the cd comp that accompanied the issue, plus they shared the split 7inch vinyl single with Vibravoid and introduced a cover of Hunger’s “Portland 69 (The Whisperer 2017 Version)”, They’ve played numerous venues and festivals in Greece and in November 2017 they played at the Psychedelic Network Festival in Wurzburg Germany. Their live performances are influenced by the psychedelic pop and garage music of the 60s, with moments of improvising, sharing tales, praising the wolf and the moon. Last 100 copies in stock!