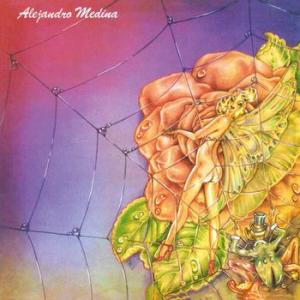 Alejandro Medina Y La Pesada was recorded in 1974 and is the only solo vinyl album released by Alejandro Medina. Born on 1 November 1949 in Buenos Aires, Medina had been in big bands since he was a young teenager, joining Le Pasada del Pock and Roll who included some of Argentina’s finest musicians, such as Billy Bond (who handles the production on this album), Jorge Pinchevsky (who plays Violin on this record) and Pappo, among others. Medina recorded four albums with Le Pasada del Pock and Roll who also played at the third Buenos Aires Rock Festival in November 1972, which was recorded in the movie ‘Rock until the sun goes down’. On this, his solo album, he mixes delta style blues, progressive rock and bluesy style experimental ballads that feature sublime guitar work. Eclectic hard-rock guitar journeys with lush violins and powerful vocals. A deep collectors bounty, Alejandro Medina Y La Pesada is a rare Argentinian heavy rock milestone. La Pesada (which means “The Heavy” in English) gives us a good idea of what to expect with this exceptional heavy jewel.