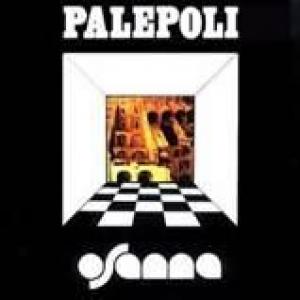 Osanna are definitely on of the bigger names in Italian progressive, and their albums were big hits in their country at the time they were released. They were based in Naples, and they released four albums, all on the Fonit label.

Palepoli is their third, and arguably their best one. In fact, it's often pointed as one of the best every Italian progressive rock albums. It was originally released in 1973, and contains three long tracks only, the first of them an amazing mixture of progressive rock with local Naples folk. The whole album has excellent guitar and powerful rhythm section, and the production of the record is fantastic.

Now available again, with the original gatefold cover, label replicas and the printed inner sleeve with the lyrics as well. Limited to 500 copies."