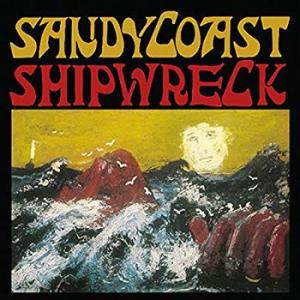 Trading Places present a reissue of Sandy Coast's Shipwreck, which was originally released in 1969.

Pioneering Dutch quartet Sandy Coast formed in the town of Voorburg, near Den Haag, in 1961. Early work found release on a series of singles on the Delta label during the mid-1960s. referencing an American pop-rock sound, framed by choral harmonies; soon, the evolving close harmony of songs like "We'll Meet Again" saw them edging towards the realm of the Moody Blues, while "Milk And Tranquilers" was based more strongly on a rhythm-and-blues framework. Moving to the Relax label in 1967, they began issuing spacious psychedelic songs such as "Capital Punishment", and their debut album From The Workshop (1968) was thoroughly in psychedelia mode. Larry Page issued sophomore album Shipwreck in 1969, the disc is an early concept album focusing on a lengthy suite that recounted a doomed voyage, captained by one Derrick Holmes in 1779. Much of the rest of the album recalls the spacey sounds of King Crimson, but there is also raw blues, psychedelic pop-rock, and an individual reading of Paul McCartney's "Eleanor Rigby".