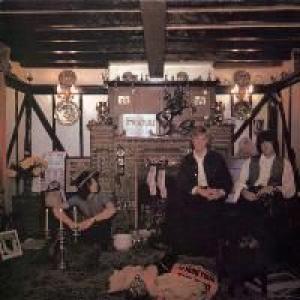 In recent years Honeybus have outgrown the one hit wonder tag that plagued them for years and become one of the most treasured British bands of the late 60s. Sure, I Can't Let Maggie Go represents a high watermark of intelligent pop records reaching the top ten but there'sso much else besides. "

The band cut three singles in 1967 and 68, written and fronted by Pete Dello who promptly quit after Maggie hit and embarked on a fascinating and complex solo career. Not to be outdone, the band re-grouped and cut three further singles and an album that almost never got released. The story goes that upon their split in early 1970, somebody at their label, Deram Records, heard the recordings and demanded that it be released. And hence it was, posthumously and to little fanfare in 1970. "

Blending the kind of pure, crystalline folk-tinged baroque pop that had characterised most of their singles with flashes of psychedelia, country and bubblegum, the twelve songs that make up Story are uniformly stunning creations, played with skill and confidence, arranged for strings and woodwind and blessed with a sympathetic, understated production. We've added all eleven non-album Deram single sides, restored the original album artwork and told the Honeybus story with input from the band themselves. "

Mojo Magazine awarded a very respectable 3 stars to this CD."