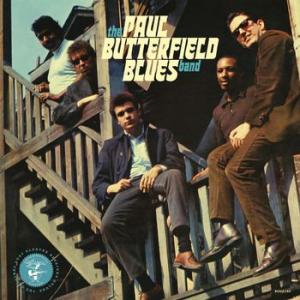 Paul Butterfield met aspiring blues guitarist Elvin Bishop in the early 1960s and with bassist Jerome Arnold and drummer Sam Lay (both from Howlin Wolf’s touring band), the new group secured a highly successful club engagement at Big John’s Folk Club in Chicago, bringing them to the attention of producer Paul A. Rothchild. During their engagement, Butterfield met and occasionally sat in with guitarist Mike Bloomfield. Rothchild was impressed with the chemistry between the two and having persuaded Paul to bring Bloomfield into the band, eventually signed them to Elektra Records in 1964. This Deluxe 3LP expanded edition of The Paul Butterfield Band’s lost sessions from the 1964-1966 era features the classic line-up working through blues classics. It is the first time this killer collection is available on vinyl and is expanded to include unreleased demo and alternate tracks recently found in the Warner Vaults.