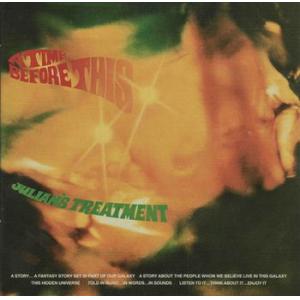 A Time Before This" is a lost classic of the Progressive era. Released on the short lived Youngblood label in 1970, the double album was the first vinyl outing for Science Fiction author Julian Jay Savarin, who assembled a group of musicians to record this conceptual work. Officially unavailable for many years, this Esoteric reissue has been re-mastered from the original tapes and features fully restored artwork. Julian Jay Savarin's follow up album, "Waiters On The Dance", is also released by Esoteric Recordings this month.