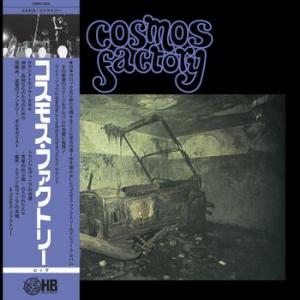 Originally formed in 1968 under the name The Silencer, Nagoya, Japan progressive rock band Cosmos Factory didn't change their name until their 1973 debut on Nippon Columbia with 'An Old Castle Of Transylvania.' Loaded with heavy psychedelia and prog rock guitar moments, experimentally blended with the use of Hammond and Mellotron, the band lead by keyboardist/vocalist Tsutomu Izumi takes you on an adventure throughout the dark forests of Transylvania. Throughout the years, the album has become an very rare and sought after gem in the history of Japanese prog rock, this is the very first reissue ever, complete with OBI strip and insert, officially licensed by Nippon Columbia Co. Ltd. and now available worldwide through Holy Basil Records.