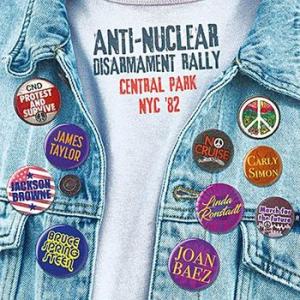 On June 12, 1982, more than half a million people attended a rally for nuclear disarmament in New York's Central Park, with music by several politically engaged stars.