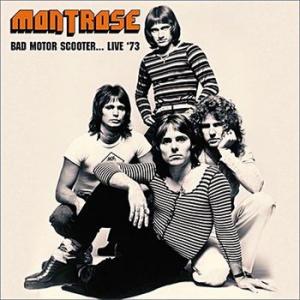 Having played with Van Morrison, Edgar Winter and others, in early 1973 legendary guitarist Ronnie Montrose formed his own band, featuring the young Sammy Hagar on vocals.

After a short period of rehearsal, they performed this explosive session at the Record Plant on April 21st 1973, broadcast on San Francisco's KSAN-FM.

Showcasing all but one of the tracks that would appear on their classic debut that October (as well as a couple of exclusive tunes), it's scorching hard rock from start to finish and is presented here together with background notes and images.