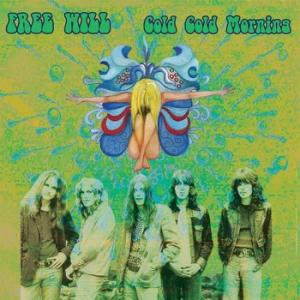 Free Will was a legendary band from Upstate New York who formed in 1968 and signed to RCA Records in 1971 after a name change to Jukin’ Bone. Led by vocalist Joe Whiting and lead guitarist Mark Doyle, the band also featured George Egosarian on second guitar, John DeMaso on bass, and Tom Glaister on drums. This was the line-up that recorded their first album for RCA, “Whiskey Woman,” although earlier members included Bill Irvin on rhythm guitar and Barry Maturevitz on bass. By the time of their second lp, “Way Down East,” Tom Glaister had been replaced on drums by two drummers, Danny Coward and Kevin Shwaryk.

Both albums featured original compositions by Whiting, Doyle, and Egosarian in various combinations, and were hailed by Creem magazine as seminal classics of 70's hard rock. While signed to RCA, the band toured with ZZ Top, Freddie King, The Allman Brothers, The Kinks, John Mayall, and Three Dog Night, among others. They disbanded acrimoniously in 1973, although Doyle and Whiting went on to record several fine albums on the Blue Wave label.

That should have been the end of the story, but the band was honored at the Syracuse Area Music Awards in 1993, resulting in them playing together for the first time in 25 years. Never fond of the name that their record company gave them (and all the attendant misery that it grew to represent for them), the boys reclaimed their original name, Free Will, and gathered together every few years to do major outdoor concerts in Syracuse, even putting out a live CD, “Free Will Live On Stage” that captured the band playing all of its classic material at the top of their form.

Most recently, Jukin’ Bone was inducted into the SAMMY’S Hall of Fame in 2017 and have started work on their first new album of original material in 44 years. The band has also signed an exclusive licensing deal with Akarma Records in Italy for the release on high quality vinyl and digital downloads of five albums’ worth of early Free Will titles.

What transpires from this album, besides the psychedelic blues with a touch of jazz and sometimes a component of garage (for example the fantastic arrangement of “River Deep, Mountain High”) is the great technical preparation of the music performers. Listening to these songs today it’s hard to believe that they’ve been recorded in 1969 and what’s even more surprising, in addition to the guitar strings and the beautiful singers voice, is that the arrangements of the songs are perfectly fused into that genre of heavy psychedelia that was all the rage in those years. Maybe Free Will were too ahead of its times?