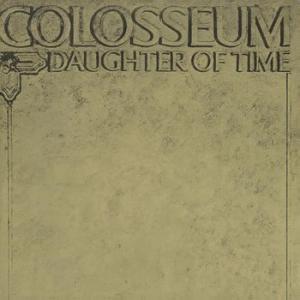 The pioneering English progressive jazz-rock band Colosseum recorded their fourth album Daughter of Time in the midst of an upheaval in the band's line-up. War plays a central role on the concept album based on a man's fascination for all what war brings to the world. The different instruments combined creating a brilliant and versatile musical world. It's a is a very different album from its predecessor Valentyne Suite. Their new singer Chris Farlow brought a powerful voice to the immense quality of their classical and chamber jazz. String arrangements made up of violin, viola, and cello are mixed with rich organ and vibraphone sounds. It's another great example of their versatile progressive rock sound.

Colosseum was one of the most influential British progressive rock bands, combining elements of jazz and blues in their rock efforts. In their early years they released a couple of influential albums, including Valentyne Suite and Those Who Are About to Die Salute You.