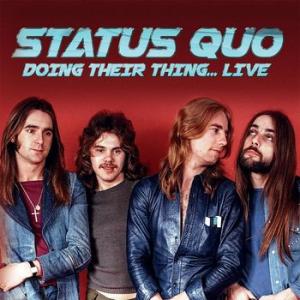 While Status Quo’s third LP Ma Kelly’s Greasy Spoon failed to chart when it was released in August 1970, it was nevertheless a highly significant development in the band’s career as it saw the development of the hard rock style which would become the signature ‘Quo’ sound. The two sessions performed here for British and German television in 1970 are distinctly different: with and without the presence of Ron Lynes and with Bob Young. It perfectly captures the transitional phase into the trademark ‘heads down, boogie rock’ that would become synonymous with Quo as a world famous rock band. London Calling proudly presents Status Quo, live in 1970 from Manchester, UK and Bremen, Germany. Superb, professionally re-mastered original broadcast recordings with background liners and timeline photos.