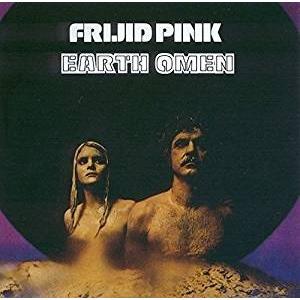 Third album from the American rockers, released in 1972. Having undergone personnel changes, the band shed their blues-based rock sound and continued in a more prog rock vein with a dash of psychedelia, due largely to the addition of new singer Jon Wearing, guitarist Craig Webb and keyboardist Larry Zelanka to the band.

Three albums on from their Top Ten 1970 hit single, the band had toned down the thunderous fuzz guitar-laden blast of ‘House Of The Rising Sun’, to present an album of music with a message, starting with the cover concept of two frozen humans, in tandem with the album’s ecological themes.

‘Earth Omen’ is musically more adventurous than the band’s two preceding albums, both in terms of compositions and performances. Gone are the basic blues references that featured on those albums, to be replaced by a rich variety of styles and sounds.

The single taken from the album, ‘Lazy Day’ is a track that sums up the diversity of this album, a ballad built up by harmonies, mandolin-like guitar and nice bass. At the other end, another highlight is ‘Eternal Dream’, which is closer to early Uriah Heep, with its layered choruses and harder edge.