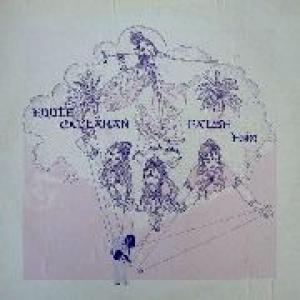 First ever reissue, deluxe & legit, of this quite rare 1976 Southern California private press gem. It's a strange, fantastical, and totally distinct album that will have you sucked in almost instantly. This one is extremely hard to pin down - think something like a loner powerpop rock opus, heavy on the psychedelic production values, studio dreamer vibes, and timeless hooks. The songs are unusual but infectious, the production is breezy & expansive but not polished, and the vocals are constantly morphing yet always effective. In fact, the hazy chameleon-like personality here might be one of the best things going for the album, as not only does Eddie seem to be channeling a handful of different vocalists, but the whole mood & sound shifts around unexpectedly as well. Even the potential low points somehow work, and there's surprises around every turn. The often questioning, self-reflective lyrics add yet another layer of mystique to the trip. Musically the most mellow points hover around gorgeous, airy, rural-tinged, floating psychedelia with beautifully layered acoustic & electric guitars, tinkling keys, and lush mellotron. When things pick up theyre truly rocking, with tight punchy rhythms and Eddie firing off big chunky guitar riffs like he's playing to the packed stadium behind his third eye. All the studio tricks at hand are put to full use with sweet Leslie guitar effects, special tones, backwards solos, elaborate multi-tracked sound fields, and some of the most wonderfully bent synthesizer soloing ever laid to tape. The perfectly strange & beautiful cover art seals the deal... Mastered from the artist's well preserved & great sounding master tapes. Amazing & extremely rare west coast private press loner rock opus from 1976. This one totally deserves a wider audience. Packaged in a miniature LP style cover, limited to 500 copies.