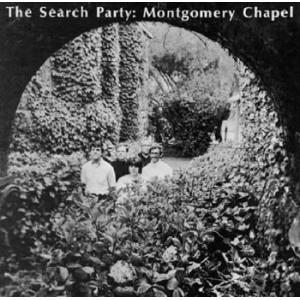 The News Is You: The Sacred & Secular Music of Nick Freund: featuring the Search Party "Montgomery Chapel" (1968) and St. Pius X Seminary Choir "Each One Heard In His Own Language About the Marvels of God" (1968)
Recorded at the San Francisco Theological Seminary’s own Montgomery Chapel, acid-folk-rock psychedelic gem Search Party "Montgomery Chapel" was the brainchild of (then Reverend) Nicholas Freund. Having left Wisconsin in the late 1960s to join a burgeoning West Coast religious scene, Freund spent considerable time in Sacramento before making their way to San Francisco in 1968 to lay down this one-off with some students of his. The result is a spooky, metaphysical trip that’s equal parts God and acid-dripped mind expansion. Laced with haunting vocals and dreamlike passages, Montgomery Chapel is psychedelic music at its most evocative, and most spiritual. Original copies (only 600 were pressed on the custom Century label) carry substantial price tags. The recordings released by the St. Pius X Seminary Choir were made in the year or two which led up to the recording of the Search Party album. Not only did the three St. Pius X Seminary Choir records showcase the first work by Nick Freund, but they also were the first recordings of Search Party guitarist and vocalist Peter Apps. As one of the press clips regarding the Choir stated, "The choral treatment was electrified by a few phrases sung solo by Peter Apps, who is also the lead guitar. If Apps has not already formed a folk-rock group around that voice, he should. It is rich, deep, and ringing." Luckily, Freund and Apps heeded their advice, and the Search Party was the result. But nothing could have prepared listeners for the bizarre avant-garde (in the truest sense) electronic soundscapes backed by rock instruments which open "Each One Heard In His Own Language About the Marvels of God" (1968). The album settles down into a less out-there groove after the opening, but this is still adventurous stuff. During my conversations with Nick Freund, he told me that the electric sounds on the album were the work of composer Dary John Mizelle. Mizelle studied composition and participated in the New Music Ensemble at the University of California, Davis (the first free group improvisation ensemble); there he participated in a course led by Karlheinz Stockhausen. Mizelle is also a founding member of SOURCE Music of the Avant Garde magazine. Our two-disc set includes both albums, plus bonus tracks taken from ultra-rare early albums by the St. Pius X Seminary Choir. The 28-page booklet is packed with information, thanks to Freund, who was gracious enough to delve into his memory, scrapbook, and photo albums to help us flesh out the portrait of one of the most potent—and perhaps one of the most unlikely—psychedelic groups to ever record an album.