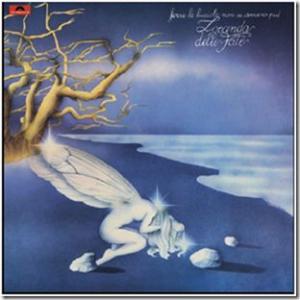 Originally released in 1977, "Forse le lucciole non si amano più" is an LP for which the term 'masterpiece' is never wasted. Perhaps the last true album of Italian Progressive Rock, before the genre was completely overshadowed by waves of 'new' music, and then come back strongly in vogue in the new millennium.

Reviewed hundreds of times and as many incensed, it is a record that has stood the inexorable passage of time, due to its perfect balance among its parts: guitars, keyboards, flutes, voice and text: in "Forse le lucciole..." there probably isn't a single note that needs to be changed. Unfortunately, since it was published with a discrete delay in comparison to the period of maximum splendor of the genre, the LP was not appropriately advertised and sold, and as a result the group, after a couple of new 45rpm's, broke up shortly thereafter.

Despite his fame, "Forse le lucciole..." has never been reissued on vinyl in Europe in almost 40 years. This re-release on Vinyl Magic record label, faithful in every detail to the original of '77, finally fills a gap that