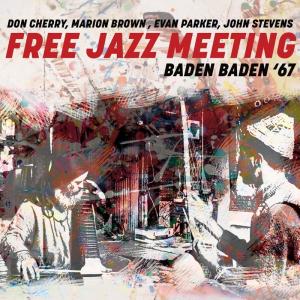 Since 1966, the Free Jazz Meeting (now known as the SWR New Jazz Meeting) has taken place annually in Baden-Baden, Germany.

This disc presents performances that were broadcast over south-western station SWR from the second of these events which took place from December 16 through December 18 in 1967.