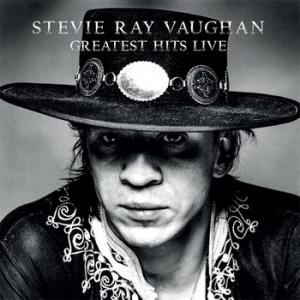 Decades on from his death, Stevie Ray Vaughan’s impact on the music scene has become more and more pronounced. His influence – his searing guitar style, eloquent song writing and consummate musicianship – is undeniable, while his classic albums such as Texas Flood and Couldn’t Stand The Weather are now justifiable stalwarts of the blues canon. His meteoric rise to fame began after helping out David Bowie on Let’s Dance before recording his debut album with Double Trouble in 1983. Global stardom and critical acclaim followed him right up to 1989’s In Step and his final ever show with Eric Clapton in August the following year which was where the story would fatefully end in a helicopter crash. Get Yer Vinyl Out brings together his biggest hits, recorded live in the US and Canada during his seven-year reign as the ‘king of the blues’. Superb, professionally remastered original broadcasts, presented with background notes and timeline photos.