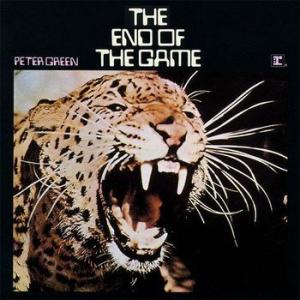 Reissue on WHITE VINYL! Peter Green's legendary debut-album was released in June 1970, only a month after he left Fleetwood Mac. 'The End Of The Game' takes a radical shift from Green's previous work. The music, produced during a long, free form studio session, based on almost non existent structures, takes us through a deep hypnotic sonic experience. Green on guitar was joined by Alex Dmochowski on bass, Godfrey Maclean on drums, Nick Buck on keyboards and British blues legend Zoot Money on piano. 'The End Of The Game' stands as one of the great psychedelic rock rituals of all times.