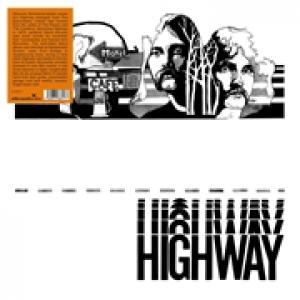 Obscure Minnesota-based power trio Highway has a long and convoluted history. In 1965, guitarist/vocalist Steve Murphy joined The Epicureans, a band formed from the ashes of The Pacers and The Corsairs, both previously active in the town of Fairmont, located southeast of the state capital, Minneapolis. The group issued a couple of singles along the way (both on small independents, which unfortunately failed to generate much interest), and ultimately morphed into Highway in 1972, then with Murphy and fellow Epicureans Tim Messerli on keyboards and vocals, Tom Olson on drums and John Goossen on bass. After opening for REO Speedwagon in Wisconsin, Olson was replaced by Dan Cammarata and Goossen by Eric Bannister. The resultant group's self-titled debut album was recorded at Westminster Studio, near Fort Dodge in neighbouring Iowa, during a time when Highway was based in the tiny town of Ceylon, Minnesota; privately pressed in only 500 copies, it has since become a highly sought-after item for its unusual blend of melodic hard-rock lead guitar, psychedelic garage rock and wistful, country-tinged blues rock. Although some fans and critics have compared the group to Thin Lizzy and Wishbone Ash, primarily because of the melodic and distortion-free lead guitar licks, the band has a sound all their own, especially since all three members provide vocals, as well as fierce instrumental licks, with furious drum rolls from Cammarata and Murphy and Bannister sometimes playing the same notes in unison. Highway's membership did not remain static for long and the group has since undergone further changes to yield the enduring Murphy Brothers band, yet their sole LP remains the most prized testament of their long, shifting tenure.