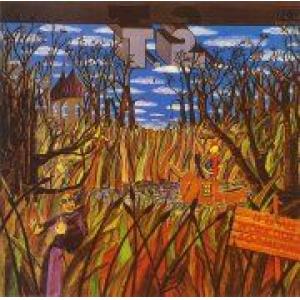 The rise of power trio T2 in 1970 was rapid: important open-air festivals; headlining residencies at the Marquee Club; appearances at virtually every major venue in London. Then their debut album was released; they seemed poised for a breakthrough. As the band recalled, they were playing the Marquee club, with John Lennon and Jimi Hendrix hanging out backstage, which was all to the good. But people were coming forward saying, "we can't find your album anywhere." In short order, the band fell apart. Still, their sole Decca album has become well established as an all-time classic amongst progressive and psychedelic music collectors-even the techno and dj crowds. The fact that it has done so without hype is a testament to the innate quality of the music. The album is packed with melodic acoustic passages, frenzied fuzz guitar workouts, not to mention acid-trip induced lyrical and musical content. It is, in every way, an extraordinary album, one of rock music's best kept secrets, on a par with all the other major works that form the rock music canon of the time. Hefty booklet contains extensive musicological analysis by composer and musician Andrew Keeling, which includes illuminating interviews with band members Peter Dunton and Keith Cross, as well as detailed illustrations. Included as bonus are three tracks from BBC Sessions recorded in October 1970.