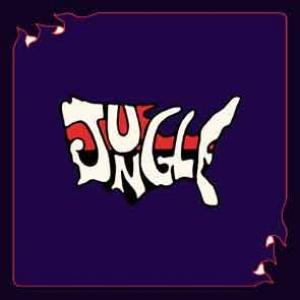 Turns out that JUNGLE where old Faves of us:
3 Members of legendary California GARAGE PUNKERS the KNIGHT RIDERS (of "I" Fame) went on to play in Jungle.
If you know the music if Jungle and ever wondered why the Album has such powerful, emotional, soulful vocals which may only can be compared to LOVE in moments ..here is why:
The Knight Riders where one of the few racially integrated Garage bands and singer Butch went on to be one of the two lead singers in Jungle.
The Album is with the exception of 2 songs rather dark, which can be traced back to some of the personal, autobiographical hardships endured by the members. and as if it was forshadowing: the way the Jungle album was made, almost got a majorlabel deal and yet didn't. It is a story that could fill books, yet so sad some of it is to tough to print to this day.

You will get photos and story and most important finally some faces to this, until now unsolved riddle of American Private Press Psychedelic Records!!!

This is one of the best and most sought after psychedelic gems ever recorded, with amazing
and fluid heavy fuzz guitars, superb organ, drums and fantastic songwriting.
Recorded in New York in 1969 while the band was living in a farm in Vermont.
The original was pressed in a run of 50 demo copy´s only! No names or hints are given on the original LP
but after over a decade of excrutiating search, Miguel Rodriguez, the man behind finding DARIUS, GARRETT LUND, STONEWALL and many more, finally found the band members!
So here is your chance to listen to one of the great mystical Albums of the Psychedelic Private Press
Collectors realm at the fraction of the cost of the original, in AMAZING sound. This gem comes in a
gatefold cover with unseen pictures and full band history, released in full colaboration with the surviving Band members."