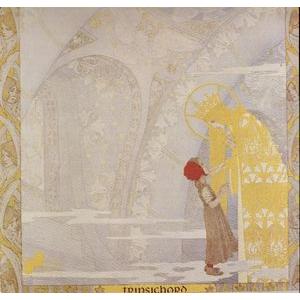 One of the most experienced Californian groups of the ’60s/’70s, although they almost disregarded. This album was originally released on two different labels, Janus and San Francisco Sound, which has created a lot of confusion regarding the first edition. Anyway, both versions are rare and expensive. This album and a few 7”s are actually everything Tripsichord ever recorded. The line-up was: Randy Gordon - drums / Oliver McKinney - keyboards / Frank Straight - guitar / Dave Zandanotti - bass / B.Carr - vocals + guitar. They were produced by Matthew Katz (who had produced “Moby Grape”) and their music is based on the West Coast acid and psychedelic sound, very close to Quicksilver Messenger Service, with its weaving of excellent quality solos. They never got the success they deserved, but they have all the makings of a great band!"