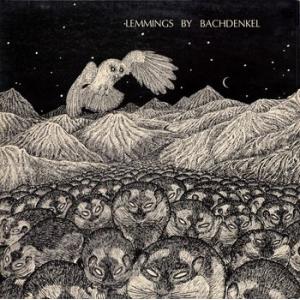 A Prog rarity by an English band in France, 1971, plus bonus tracks From the ashes of Apple Music Publishing band The U (Don't) No Who (3 tracks on RPM 312 An Apple A Day), came Bachdenkel, who in 1969 relocated from Birmingham to France. During their time in France a number of recording sessions were undertaken, an early single resulted (Through The Eyes Of A Child), and eventually an LPs worth of material collected. The song Translation was written following an association with choreographer Graziella Martinez (who had previously worked with The Soft Machine) working on a ballet of the same title.