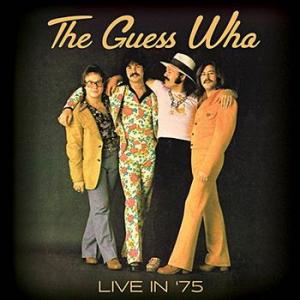 The Guess Who, live from the Winnipeg Playhouse, Canada on April 15th 1975

Having become international stars in the late 1960s, Canadian legends the Guess Who maintained their success into the mid-70s. Guitar ace Domenic Troiano joined in mid-1974 and helped take the band in a more progressive direction.

Broadcast on FM radio in the band's hometown a mere six months before their split, this superb set finds them on top form, playing a selection of their best-known hits as well as material from their forthcoming final LP, Power In The Music.