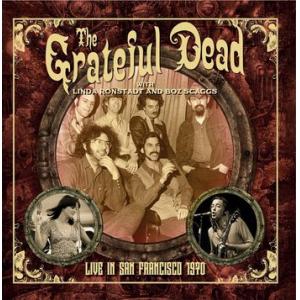 The Grateful Dead surprised the music industry, and perhaps themselves, by making 1970 the year that they went from being infamous to successful. As the year began, Live/Dead had just been released (November, 1969), and it got its share of airplay, as FM rock radio had become popular throughout the country. Then along came the twin titans; Workingman’s Dead and American Beauty, and the course of Dead history changed forever. KQED captured the band for the Calebration series of half hour shows, which also profiled Linda Ronstadt and an embryonic Swampwater and Boz Scaggs, all Fillmore regulars and cornerstones of the Bay Area scene. Rox Vox very proudly presents a prized and iconic snapshot of the Bay Area scene with the complete KQED-TV broadcast of Calebration from 30 August 1970. Professionally re-mastered original TV broadcast with background liners and rare archival photos.